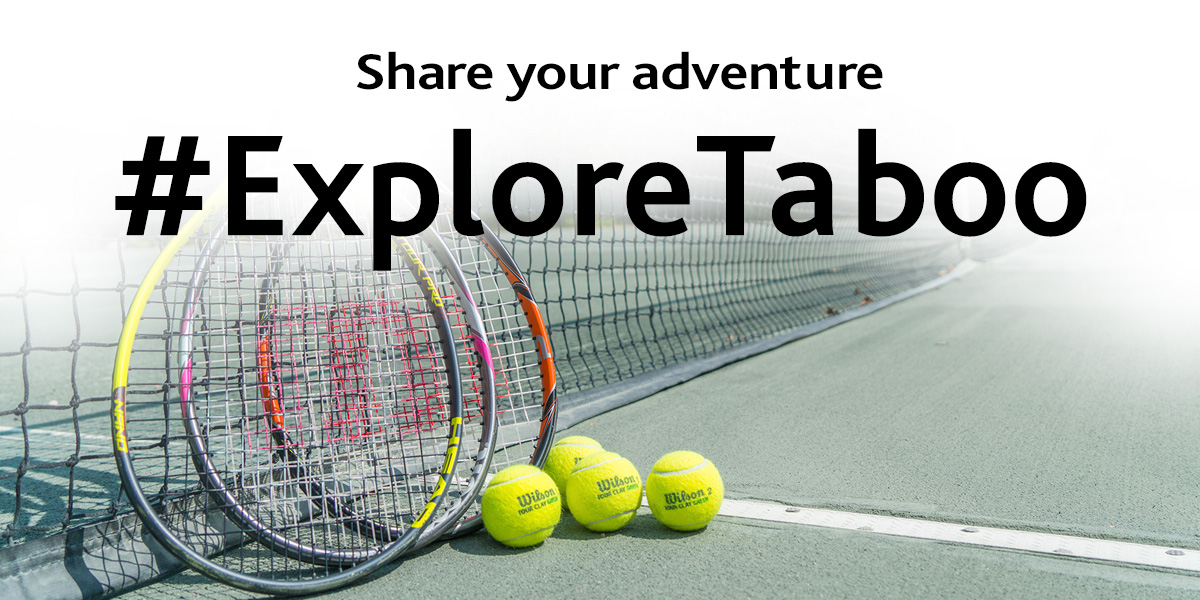 Tennis was once a sport played solely by royals in the medieval times, however, the game of tennis has since evolved over many centuries. The original game was played without racquets and opponents would hit the ball with their hand. The game, which was made popular in France in the 12th century, was first called Jeau de Paumme (Game of Palm) due to the lack of racquets. In later times, bare hands evolved to leather gloves, and finally manifested what we use today, the racquet. There are four major tennis opens held around the world annually, Wimbledon, The US Open, The French Open, and The Australian Open.

Playing a game with family or friends? Share your match on social media, tag us @taboomuskoka, and hashtag #ExploreTaboo.